The bank reported its half year results to March 31, yesterday and they show that the volume of home loans written was up $5.8 billion on the corresponding period last year. 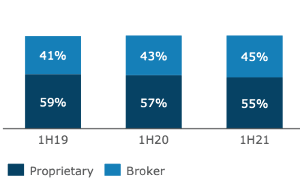 Of that flow mortgage advisers accounted for 45% of the business compared to 43% a year ago.

Over the past couple of years mortgage broker origination has shown steady upward growth.

ANZ chief executive Antonia Watson would not be drawn on when and if mortgage advisers would crack the 50% mark.

“I’m not going to speculate on that,” she said

However, in Australia mortgage advisers now account for well over half of all home loans written.

Watson said advisers play an important role for the bank. She says the increase in more first home buyers augurs well for advisers as these customers are wanting advice and support through the buying process.

“First home buyers are the sorts of borrowers that want someone to hold their hand and negotiate for them.”

In its latest financial report property investors appear to have been on a binge accounting for 31% of flows compared to 25% a year ago.

Watson says that has already changed following the government’s decision to remove interest deductibility. However, she says first home buyers accounted for a similar amount of business and “that is not a dynamic we have seen for a long time.”

Previously first home buyers were only in the high single digits.

Watson says during the reporting period the bank was “absolutely manic” dealing with home loans.

This situation has changed from “frantic to busy” now.

While there is much debate on turnaround times here and in Australia she says 50% of applications are dealt with in two days and the remainder in five days.

Watson says there are a number of factors around this. One is that first home buyer don’t have banked equity and consequently have higher LVRs and lending. With lower interest rates investors are prepared to take on bigger loans.

She is “not worried” about the rising house prices in regards to ANZ’s books as the bank users a serviceability rate where loans are at 6% interest rates and also borrowers have good deposits.

ANZ has very little appetite for 80% and 90% LVR loans. It was the first bank to introduce minimum 40% deposits for property investors.

“That makes me very comfortable about the state of our book,” Watson says. 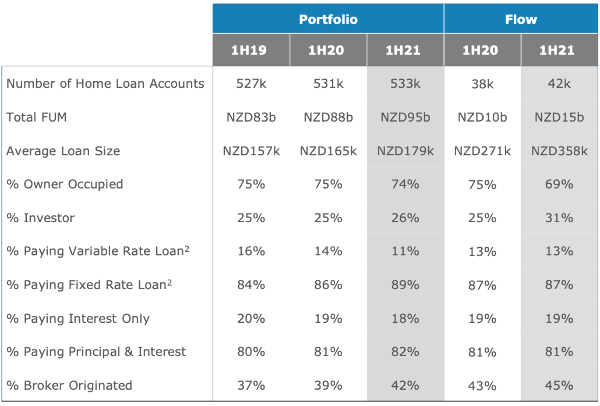