Economists including Dominick Stephens (pictured), say the Reserve Bank could slash the OCR to -0.5%, uncharted territory for the base rate.

Westpac says the "massive stimulus" from the government, including its economic rescue and quantitative easing programmes, may not be enough to help the economy along after Covid-19.

"We think more will be required later this year, and a negative OCR would be a natural next step," the economists said.

The Westpac team believes the OCR cut will come in November, "as trading banks' systems are not yet ready to deal with a negative OCR".

The prediction comes despite the Reserve Bank's pledge to keep the OCR at 0.25% until March 2021.

The economists say the commitment will make the central bank hold off, for now.

"The RBNZ could probably hold its head high by pointing out that the Level Four lockdown was a truly extraordinary event, and we doubt they would come in for much criticism. However, any move to break an earlier commitment would have to be carefully explained and justified."

The economists say the Reserve Bank could "could signal earlier in the year that it intends to move to a negative OCR", giving markets time to get used to the idea.

"A 75 basis point cut from 0.25% to -0.50% would bring mortgage rates down, but not by anything like as much as 75 basis points. We estimate that, in New Zealand, the OCR could go down to -1% before further cuts had zero impact on retail rates."

The economists also shared their view on the housing market. They predict house prices will fall by 7% this year, and will be subdued through 2021.

Up Next Non-banks see surge in demand 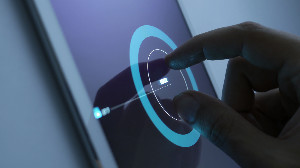