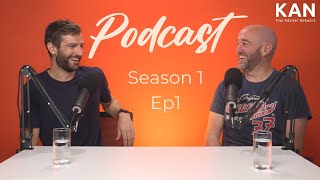 Ingerson says the bank's requirements for investors to have a 40% deposit when buying has certainly hit the market. Although the restrictions didn't start until October 1, started to impact the market as soon as they were announced several months earlier.

He says buyer demand should be strong at this time in the year as we move through spring and into summer, but  it is now at mid-winter levels.

There are signs that that house prices in Auckland (except Auckland Central) have started to come back. While Auckland is cooling areas surrounding the the city are still strong.

Ingerson says there are signs Auckland investors are using their equity to buy in other areas of the North Island, as far south as Rotorua.

Also investors are looking for ways around the rules. he suggest there is a greater need to spread lending across banks and to consider non-bank lenders like RESIMAC, peer to peer lenders and private lenders.

While the interest rates maybe higher that, arguably, isn't such a big deal as interest rates are current at historical lows and expected to stay that way for some time.

Ingerson says Core Logic research suggests that 41% if property investors are in such strong positions that they don't need a mortgage when buying another property.