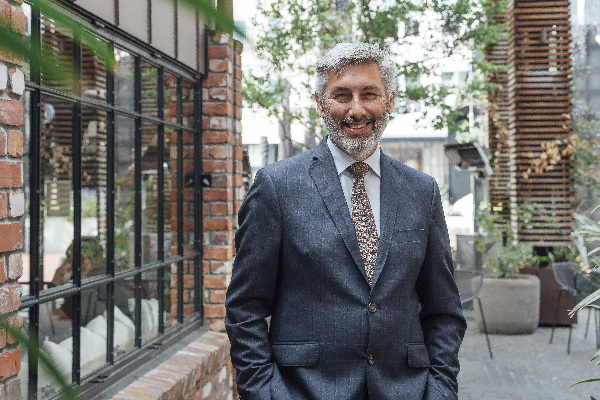 FMA director of Market Engagement and acting Director of Regulations, John Botica, says implementation of the FAP regime is way behind schedule.

The law requiring full licensing was passed in 2019 and must be completed by next March.

But only 30% of advisers have so far gained full licences and a further 20% are substantially on the way.

That leaves 50% still needing to get the process started, despite looming deadlines.

He told delegates at a conference organised by the Financial Services Council in Queenstown there would be no rollback of the March 15 deadline next year.

After that, the rule would be: “no licence, no advice.”

“People in the industry must make a full and informed decision on what their future will  be,” he said.

Interviewed later, Botica suggested that many of the late comers were single-person practitioners.

“We are looking for every possible way to connect with them so that they have the appropriate information and can make an informed decision about what they want to do next.”

Anecdotal information suggests that many of the people who have not applied are preparing to leave the industry anyway, often in protest at regulation fatigue.

Botica was then asked whether the sheer volume of onerous reforms, such as the CCCFA, might have played a part in advisers’ reluctance to comply with yet another regulatory burden.  .

“It certainly doesn’t help that there are a number of regulatory changes in the market at the moment,” he said.

“But I would not go as far as saying it has caused a greater problem.

“I can only be really concerned about the things that I can have some control over.

“I can’t control what’s happening in the regulatory environment.   I can only do my very best to support those who are going through it.”

Botica added he did not know how many non-applicants would comply with the FAP rules by the March deadline.

He did not have any targets or statistics in mind,but would press on anyway..

“We will do everything we can to engage with advisers because ultimately I want the clients and customers to be looked after and I want to avoid any disruption in the market.”

Unfortunately, as much as we have needed regulation standards to be increased, the impact will ultimately be a large reduction of advisors available to the public. Regulators and Govt initiated rules without understanding of the impact of their decisions. I am not confident that the profession can afford to lose so many advisors and so much knowledge overnight. Asking an advisor who has 30 years experience and knowledge to conduct 100 plus hours of study at an age over 60 is not likely to be well received. These people will walk away after staying as long as they can. The unintended consequences of decisions made by ill informed persons.

As a senior advisor with a massive reputation said to me recently "the fun in the business has gone" Why would he want to remain in a business that is neither enjoyable or appreciative of 30 years of skill?
The fundamental purpose and ideology behind regulation is not a bad one as in theory it’s supposed to make things better ultimately for the consumer to have more access to independent financial advice, but as we all know over regulating can have a reverse effect.

Currently the average Mortgage Adviser is at the coal face providing a service interacting with their clients and customers and I would say that 99% of them have the customers best interests at heart and have done so for a long time.

Statistics show that complaints against mortgage advisers are traditional low to the point of insignificant and always have been.

But the poor old Mortgage adviser now under the current regulatory environment is getting slammed from multiple angles which in my view is creating massive amounts of stress and anxiety and cost in the industry which in turn will drive a lot of good advisers out, 60 % of advisers in Australia confirmed they suffer from a stress related health issue due to new regulation.

Slam 1.
We have the regulation rules and time frames imposed by the FMA that all Mortgage advisers must undertake whether they are going to have their own FAP license or go under someone else’s, most advisers out there already know how much time and effort needs to go into achieving this goal, minimum level 5 qualifications, new Business operations compliance etc. etc.

Slam 2.
Some NZQA approved training providers (one in particular) falsely scare monger advisers into making them take as many courses as they can convincing them to become “compliant” and it’s not unlikely to see costs hit $ 20,000 in courses and the adviser has still not even applied for a license yet. Some of the courses that that the provider says are a “must do “are not required by the FMA.
Some groups will be profiting from training providers fees and charges to the advisers .

Slam 3
On top of the above we also have dealer groups also grappling around what is required for advisers that are forced to operate under a dealer group FAP, yes I say forced because the banks impose that you can’t be an mortgage adviser without being a member of a dealer group , hence catch 22, some of these dealer groups are imposing more and more fees they say are relating to operating under the group FAP even if you as an adviser have your own FAP but these groups are not even meeting their own FAP licence reqiurments.
Dealer groups also have their own interpretation of regulatory requirements they are imposing on advisers that relate to their own group FAP and so on and so on.

Slam 4
The banks are now also rolling out what they believe is their own interpretation for what they need advisers to do under the FMA regulations for banks regarding auditing advisers etc. etc. etc. ,so basically we have a minimum of 4 different entities in the industry imposing endless time consuming stressful and costly checks and balances that in my view do nothing more than overload the poor old mortgage adviser to the point where they are completing the same regulation required tasks in triplicate over and over.

Will some very highly skilled advisers leave the industry? yes

Will the naughty ones hide under larger dealer group FAPs? Yes

With less independent advisers in the industry will the consumers be better off? no

With most banks now moving to a digital advice model (no humans) will consumers complaints start to increase? yes

Will more and more consumers want to talk to a skilled independent adviser that has their best interests at heart before they make serious financial decisions? Oh Yes, problem being that adviser will be to bog down and buried in triplicate paperwork, over and over and may just call it quits.

No, no no the"implementation of the FAP regime is [NOT]way behind schedule.
AFAIK the implementation date is still 15 March 2023 (exactly 9 months from today).
FMA has said if you don't get your application for a full FAP licence by 30 September (3.5 months away) they don't guarantee to process it by 15 March 2023.
The truth seems to be more that fewer FAPs have either been granted full licences, or substantially started applications than FMA would have liked. But that does not mean implementation is way behind schedule.
I can think of plenty of rational reasons for a FAP to delay application till the last moment.
It is called unintended consequence
I am gone as are most of the people I know
But what would about the insurance industry. Started 1968
50% possible exit.
That's a very telling admission from the FMA regarding too many cooks in the kitchen.

It certainly sounds like the big red flag has been raised at FMA HQ.
What would he know about work
he gets paid by the government from tax payer money to make life harder for people
“We will do everything we can to engage with advisers because ultimately I want the clients and customers to be looked after and I want to avoid any disruption in the market.” John Botica - FMA

With so much experience currently walking out the door due to regulation fatigue it's impossible to avoid disruption to the market. Instead of regulation benefiting the consumer it's clear that it will ultimately end up disadvantaging them.
Far too much regulation and complexity in this round of tax-wasting legislation. There are far simpler ways to achieve a much better result.

Compliance costs to advisers increasing by $1000-1200 PER MONTH
Far more unnecessary paperwork required
Far more bureaucracy to wade through
More PI insurance required than is necessary
Previous experience and qualifications are now "useless" apparently (a Level 6 Diploma and 35 years experience in the industry doesn't count for anything, and instead we have to do a pathetic Module that is so far from reality it is just box-ticking).

The Ministry of Unintended Consequences really deserves a pretty hefty smack on the wrist with a soggy buss ticket! 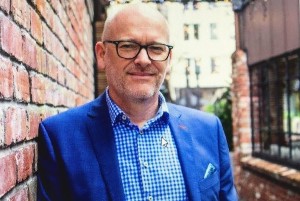 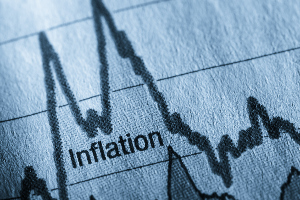