Oliver left the bank just before Christmas, and has been replaced by Amanda Young as head of third party banking.

In an announcement to advisers, Young confirmed the changes to the market.

Young has been in banking for more than 25 years, starting her career with BNZ. She moved to Cigna NZ in 2007, and then to ANZ, before moving to ASB in 2014.

At ASB, Young has held the role of regional manager for the midlands region, including Wellington.

Young recently held the role of general manager for branch banking, and became head of business development and youth in January last year.

Anthony Sage, a Canterbury graduate, joined ASB in 2019, and is an accredited mortgage broker.

Young said Sage "is excited to bring his experience as a broker and a banker to this role to deliver great customer outcomes through third party banking".

Up Next New Mortgage Express adviser in Hawke's Bay

"In an announcement to advisers, Young confirmed the changes to the market"

What announcement to advisers? We have never received any official email from ASB advising us of Marc Oliver's departure last year or Amanda Young been appointed as his replacement. The only reason advisers even know that Marc Oliver isn’t head of third party banking anymore is because of TMM telling us. 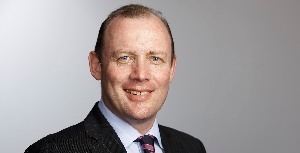