ASB moved first yesterday and slashed its two year fixed rate to 3.75% from 3.85%. The rate is effective this morning.

Craig Sims, executive general manager, of ASB's retail arm, said the record low rate environment made it the perfect time for borrowers "to review their home loan to see if they can increase their financial wellbeing".

Sovereign followed suit, slashing its two year special fixed rate to 3.75%, effective this morning. It joins ASB as the cheapest two year option on the market as of August 8.

BNZ's has signalled its two year fixed rate will drop to 3.75%, a move of 4 basis points. But the changes do not come into effect until Monday for new customers, and August 16 for existing customers.

As of 9.30am Thursday morning, no other banks have announced fixed rate cuts.

Floating rate changes due next week

A host of floating rate changes are set to come into effect next week for new borrowers, though existing borrowers will have to wait longer.

ASB's variable rate will drop by 50 basis points to 5.2%, effective on August 14 for new customers, and August 21 for existing borrowers.

ANZ's floating home loan rate falls to 5.19% on Monday. Its Flexible Home Loan falls to 5.3%, again, a fall of 50 basis points. Rates come into effect on Monday for new borrowers, but existing customers will have to wait until August 26.

BNZ will knock 50 basis points from its floating rate mortgage to 5.3%, effective Monday for new customers, and August 16 for existing ones.

Westpac's Choices Floating rate is reduced by 45 basis points to 5.34%, effective Monday for new customers, and August 26 for existing borrowers.

Up Next OCR will fall further: economists react to shock cut

Why mortgage rates are likely to fall even lower 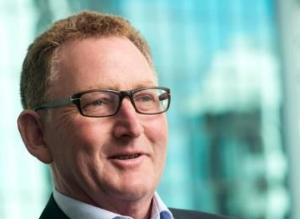 OCR on hold but QE expanded to $100 billion