While the country waits for the Government’s response to the Tax Working Group’s recommendation that a capital gains tax be introduced, heated debate over the issue continues.

The latest force to enter the fray is a group called Tax Justice Aotearoa, which is promoting a petition that calls for the Government to “join the modern world” and introduce a capital gains tax.

The group’s organisers Louise Delany and Paul Barber argue that New Zealand’s tax system is unbalanced and unfair and that the debate over tax is being dominated by wealthy property owners.

“We seek a fairer society through tax reform,” they say. “We represent the growing number of people who wish to see greater transparency, equality and fairness in national and global tax systems.”

However, despite a well-publicised campaign launch, it has been reported that more journalists than members of the public attended the launch. As at 10am Tuesday (a day after the launch), just over 1,000 people had signed the petition.

On the other side of the battle field, the New Zealand Taxpayers’ Union launched its campaign against a capital gains tax last week.

Taxpayers’ Union executive director Jordan Williams says the capital gains tax proposed by the TWG would be the least fair, most punitive in the world.

They are calling on the Government to reject the TWG’s recommendations outright.

“While Dr Cullen is trying to convince the public that this is a tax on the wealthy, most New Zealanders will be hit by the tax at some point in their life.

“If you own your own home but have flatmates, live on a lifestyle block, have a small business, have a rental property for retirement, or have a KiwiSaver account, you will be targeted under Dr Cullen’s proposals.”

Williams says they aim to enable taxpayers to ensure politicians hear from those who will be personally affected by the tax.

To that end, they have launched a tool called Axe This Tax. It allows people to email Prime Minister Jacinda Ardern and Deputy Prime Minister Winston Peters to tell them how they will be affected by a capital gains tax.

Both the National Party and the ACT Party are already actively campaigning against the introduction of a capital gains tax. National Party leader Simon Bridges has also pledged to repeal any capital gain tax introduced when his party returns to power.

The Government is expected to announce its final decision on the TWG’s proposals at the end of April but if they do decide to introduce a capital gains tax it won’t come into play until 2021.

Capital gains tax on the cards

Scope of CGT likely to narrow

Up Next Auckland sales at lowest since 2008

I was a supporter of a CGT for NZ initially as I believed it would add fairness (tax currently untaxed capital gains) and reduce investment in property only for its potential capital gain. I am now opposed to a CGT as most commercial property is already taxed on CG which leaves residential property. At least 50% of all residential property would be exempt, would each adult be allowed a property?, there will be all manner of other exemptions (charitable status, trusts, etc.), etc. It seems to me that instead of adding a whole other highly complex tax category to police and manage, a simple rejigging of the higher tax rates would be far simpler. i.e. A 50% rate for earnings over $200,000 for instance. A new CGT will not simplify the tax system for anyone and instead
will foster an industry of avoidance.
If Capital gains tax as seen as an anomaly that needs fixing, then there is an even greater one and one should not be considered without the other.

That is only land owners pay council rates on property and yet rates are to provide for all of the services we all enjoy. Non rate payers are getting a free ride at the expense of property owners.
If Capital gains tax as seen as an anomaly that needs fixing, then there is an even greater one and one should not be considered without the other.

That is only land owners pay council rates on property and yet rates are to provide for all of the services we all enjoy. Non rate payers are getting a free ride at the expense of property owners. 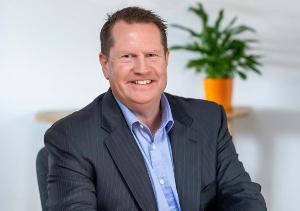