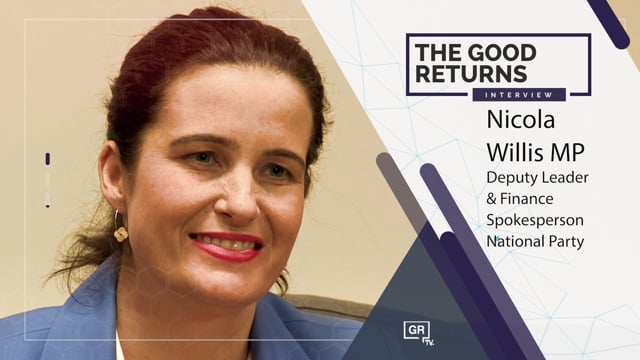 [WATCH] What National would do to fix CCCFA

Shanks said she saw her new role as an opportunity to do something to make a difference in the lives of New Zealanders and financial advisers.

The best outcomes would come from working with the regulator, she said, but she would not be afraid to make a stand if something happened that the association did not agree with.

Advisers would have a louder voice if they were part of a collective, she said, with better ability to influence policy.

Financial Advice NZ has asked the Minister of Commerce for a seat on the Code Working Group to represent independent advisers. Currently the group is working through 2000 pages of submissions it has received on its first formal consultation round.

There has been criticism that the group does not include any working financial advisers and is dominated by the "big end of town".

Shanks said she had written to Commerce Minister Kris Faafoi to ask for a meeting to discuss the association becoming involved with the group.

She said he had not yet replied.

A spokesman for Faafoi confirmed the request. "We do not have any comment in regard to any possible meeting at this time and it would be inappropriate to speculate on matters that could potentially be discussed should a meeting take place."

Shanks said work was continuing on the quality service mark (QSM) that would eventually be compulsory for Financial Advice NZ members.

She said it would require advisers to have a certain amount of experience and undertake set professional development - but it would not be finalised until the code of conduct was confirmed and regulation signed odd.

The regulatory requirements would form the base for advisers and the QSM would sit above that, she said.

It would not compete with CFP. Financial Advice NZ will administer the CFP mark in New Zealand, taking over from the IFA.

"The more qualifications in that space the better, as far as I am concerned."

She said the association would have to recognise every discipline in the sector and provide a value proposition for all advisers to become members.

"It's my job to ensure there is a value proposition for every single member whether they are a mortgage adviser, insurance adviser, big or small. Overall we all have the same common goal, to reach out to the public and get them to understand what the value of advice is."

Up Next [GRTV] Index funds 'saving millions in fees'

I think, given the issues across the Tasman, and the widespread concern about the makeup of the Code Working party closer to home that the views of small, independent financial adviser firms is seen to have some influence on the development of new legislation / regulation. The first round of consultation documents out of the working party have done nothing to allay the overall concerns of financial advisers.
Great initiative. Best of luck in redirecting the Minister’s myopic view of the industry
We have to be careful not to assume that Australian problems exist here.