December’s national median house price, once seasonally adjusted, was up by 1.9% on November.

Further, all seven of Auckland’s districts had median prices in excess of $700,000 for the first time.

REINZ chief executive Bindi Norwell says the increase will be welcome news to those looking to sell their property, but for many buyers it won’t be the news they were hoping for.

“Although there is some hope as the rate of price increases has decreased significantly compared to previous years.

“This means that if the trend continues, there is more of a chance that those saving for a house deposit can keep up with increasing property prices.”

However, the REINZ data also shows that while price continue to rise, sales volumes are still struggling.

Norwell says that December was a continuation of the theme seen throughout 2017, whereby the number of properties sold across New Zealand decreased every month when compared with the same month in 2016.

“It’s a tough comparison, because 2015 and 2016 were very strong years for the industry, and set quite a high bar, so any comparison was always going to be more moderate beside these outlier years.”

Norwell says there appears to be less urgency for both buyers and sellers and that means they’ve seen sales count drop and the days to sell increase during 2017.

“However, as vendors have been holding steadfast to their pricing expectations, we’ve still seen the price of properties going up.”

Despite the market’s end-of-year rebound evident in the REINZ data, commentators are not expecting the market to take off again.

Westpac senior economist Michael Gordon says they maintain the view that house prices will fall again in 2018, once a number of regulatory measures take effect.

“The new Labour-led Government is targeting restrictions on foreign purchases, cuts to net migration, phasing out negative gearing, and an extension of the bright-line test for capital gains.

Each policy on its own would likely have only a small impact on the housing market, but we think the cumulative impact will be significant.”

ASB economist Kim Mundy says they expect sales activity and price growth to remain subdued in 2018 as new housing policies are expected to weigh on the market overall.

But while the market will continue to be impacted by legislative changes over 2018, softer investor demand should be offset, to some degree, by a slight lift in demand from first home buyers.

“Outside of legislative changes, we continue to expect housing shortfalls and population growth to provide a floor to house prices over 2018.” 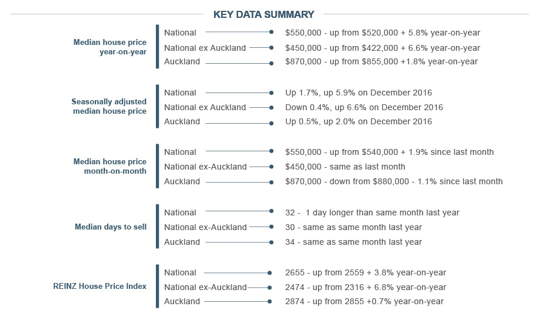 Up Next Guilty plea from mortgage fraudster